The dairy foods juggernaut has had to fast track everything from farm to fridge, including its data…

One of New Zealand’s fastest growing dairy brands is enjoying the benefits of closer systems integration to help it deliver fresh goods to market faster and more accurately. Lewis Road Creamery, most famous for its chocolate milk, looked to Flow Software for EDI (Electronic Data Interchange) integration into the systems of its key customers, and as a consequence, is now much better positioned to handle customer service exceptions.

Founded in the Bay of Plenty in 2012, Lewis Road Creamery is a boutique dairy brand producing a range of milk products, including varieties of milk, cream, ice cream and, the product on which the company was founded, butter.

Situation
It’s a problem most companies would likely relish: upon the launch of its chocolate milk in 2014, Lewis Road Creamery (LRC) shot to national (and international) fame. The collaboration with chocolate company Whittaker’s, combined with LRC’s founding principle of doing dairy better, resulted in massive shelf-stripping demand for its products.

That also quickly meant existing financial systems were woefully inadequate, incapable of handling the sudden surge in demand, which saw orders double, going up to between 300 and 400 per day. Michelle Preston, LRC General Manager, explains the issue: “Our products are delivered daily and they have a short shelf life. We deliver to hundreds of outlets across the country, so we deal with lots of small orders rather than a few big ones.”

The MYOB AccountRight Live system it had depended upon since startup had reached the limits of its capabilities, requiring extensive manual keying of orders coming in from clients which included the likes of Progressive Enterprises and Foodstuffs stores around the country. When there were a smaller number of those orders, it wasn’t a problem. An exponential increase, however, meant something had to change.

Adding to the volumes, Preston says LRC was also looking to open up its distribution to the South Island, having formerly sold in the North only. “That was challenging with the software that we were using. Manual data entry at volume is difficult and you have the added issue of keying errors which have flow-on effects, such as over- or under-charging clients, dispatching incorrect quantities, or sending the wrong product. We wanted the distribution to be perfect – as a fast moving consumer good, returns aren’t possible – and we wanted to be able to receive orders and get them out of the warehouse on time, every time.”

Solution
The first step towards solving the challenges of a rapidly-scaling business was the introduction of more suitable core systems. For that, LRC stuck with what it knew and implemented the MYOB Exo enterprise resource planning solution. This was also on the recommendation of integration specialist Flow Software; the software was implemented in a very short space of time by systems integrator (and MYOB partner) Enprise Systems.

Preston says moving to the new system was made considerably easier owing to the similarities between AccountRight and the higher-tier Exo, as well as the fact that the dairy company already had the logic set up. “Add to that, having worked extensively with MYOB software, Flow had the connections into Exo and the ability to integrate with the systems of our customers. That made the transition a lot smoother; had we started from scratch, it would have taken much longer. But certainly moving from one system to another in just one week is pretty exciting.”

With the new system in place, the next step was to integrate with the business systems of customers, allowing for automation of all data exchange around the order/replenishment cycle for LRC’s products.

Flow Software worked closely with Enprise to set up file formats and translate data between the systems used by Progressive Enterprises and Foodstuffs. As it happened, LRC was one of the first companies to integrate with Foodstuffs’ new SAP system.

Results
Preston says the system in which Flow’s middleware plays a crucial role contains a great deal of logic to automate the process of receiving orders from customers (or, more specifically, their business systems), processing them, dispatching goods and reconciling payments. “We look at where the orders come from and what the lead time is, so they are dated correctly to get the product on the shelves by the correct date,” she explains.

Lead times differ for the North and South Islands; Flow creates reports which let it know when customers have made multiple orders for the same day, as this can often be a consequence of placing the order twice by accident.

Just that adds substantial value. “A duplicated order can cause anguish. These products can’t be returned owing to the short shelf life, and you don’t want customers stuck with excess inventory,” she notes. “These reports are really useful because they allow us to deliver better customer service.”

Automation of the information flow which drives the value chain means LRC is able to be more flexible, too. For example, when any given product is out of stock, the Flow system creates a data download for review, with the ability to make changes where necessary. The amended file is then uploaded directly into the system.  “Previously, this was a tedious process which would require making every change manually, order by order.  With Flow, we can do things like this on the fly, very quickly responding to changing business circumstances and, above all, looking after our customers,” Preston explains.

A crucial part of that is the system’s ability to handle exceptions. Should anything outside of the ordinary happen, an exception report is created and escalated, allowing for targeted human intervention to make sure the right remedial action is quickly taken.

With its ‘hub and spoke’ architecture, Flow permits integration with multiple systems, with each integration being independent of the others. That’s an important factor for the rapidly growing LRC, as it has plans to expand its reach further – and it now has the technology systems to support its ambitions.

Preston has nothing but praise for the team at Flow. “Probably one of the most impressive features of this project is the understanding of our business. We are experts in producing and taking to market dairy products; we depend on our partners to create the systems we need to do that effectively. Flow has been great in their turnaround times and understanding of the project. They knew what we wanted to achieve and have rapidly done what was necessary to enable it.”

Without Flow, Preston says it is unlikely the company could perform as it does today. “Manual data entry is time consuming and error prone. We work to tight cutoffs to get stock on to trucks in time for deliveries. Flow takes care of that and has had a positive impact on the business,” she concludes. 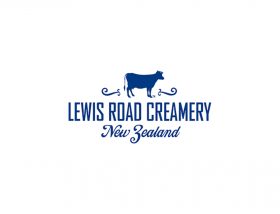 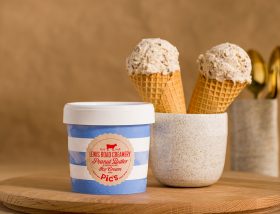 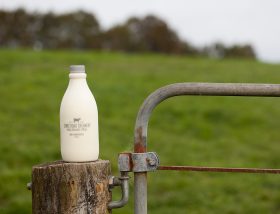 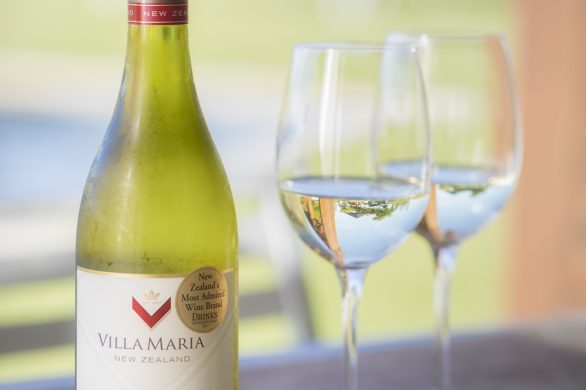 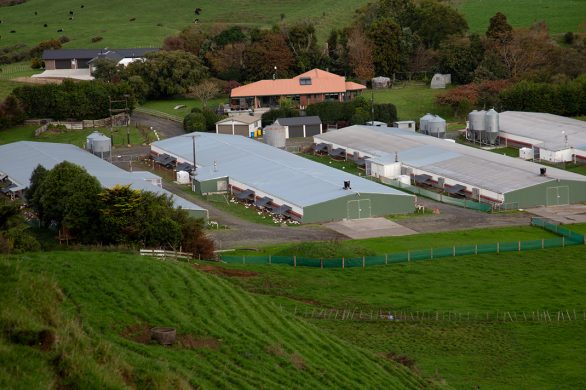 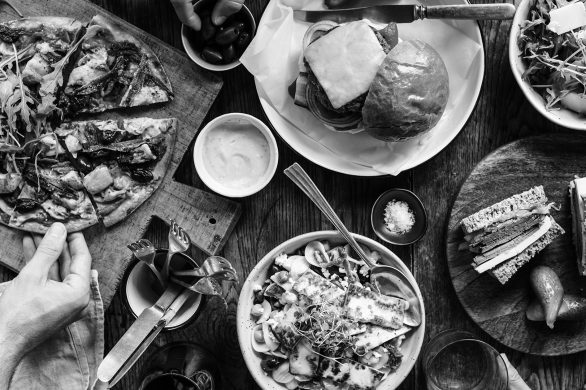 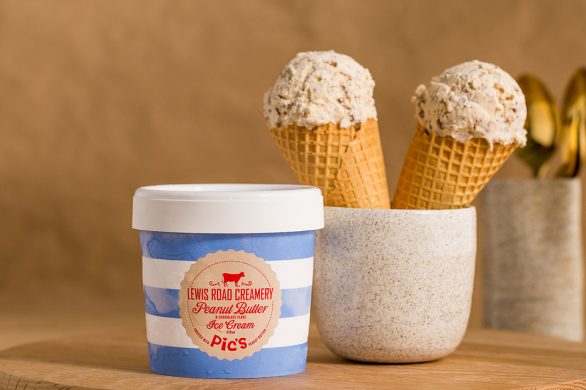 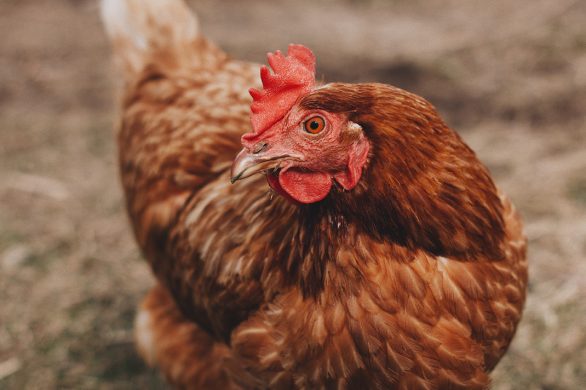 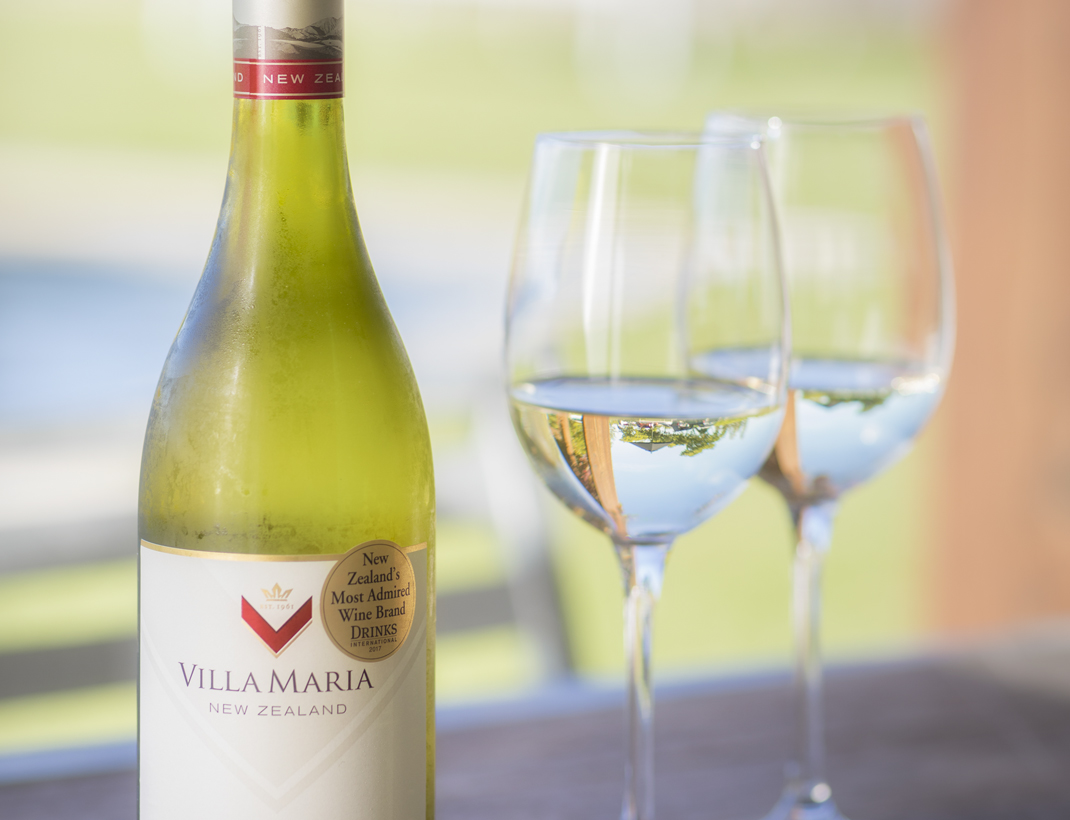 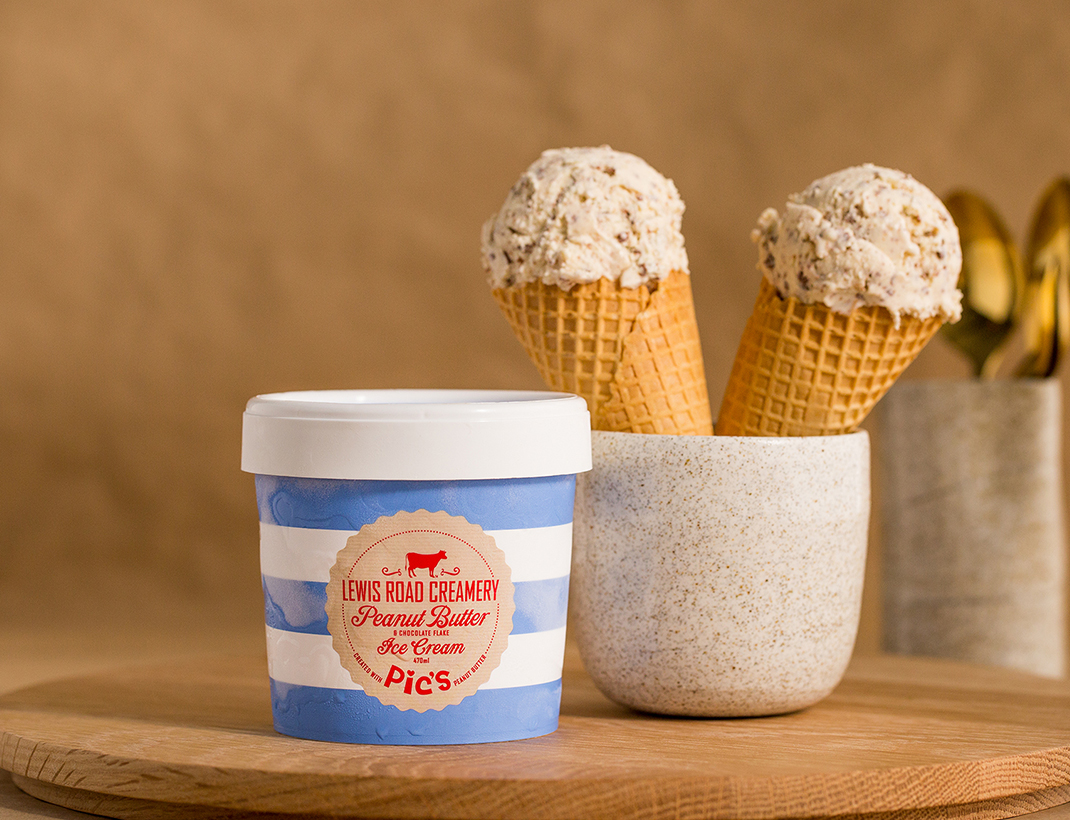 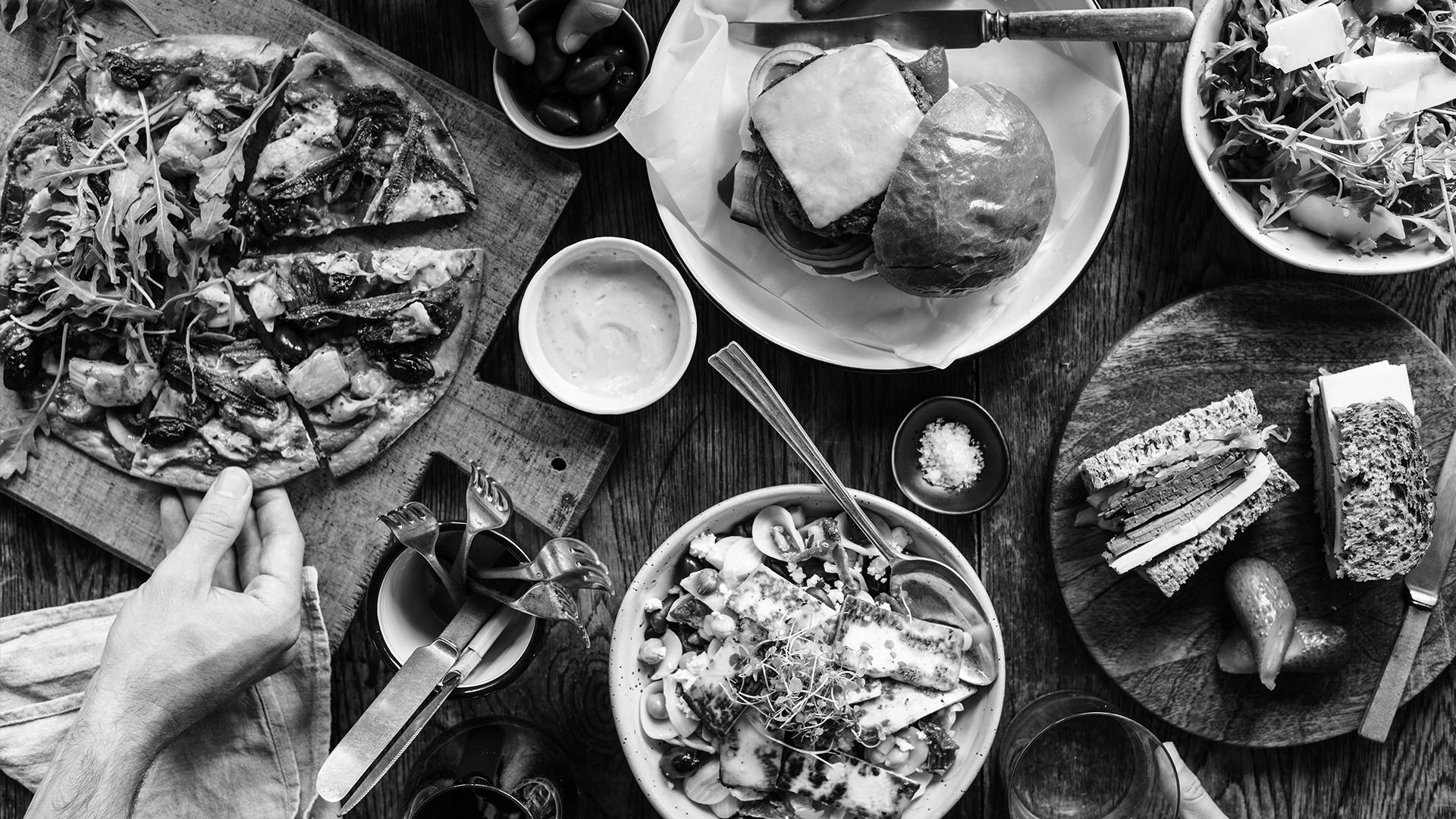 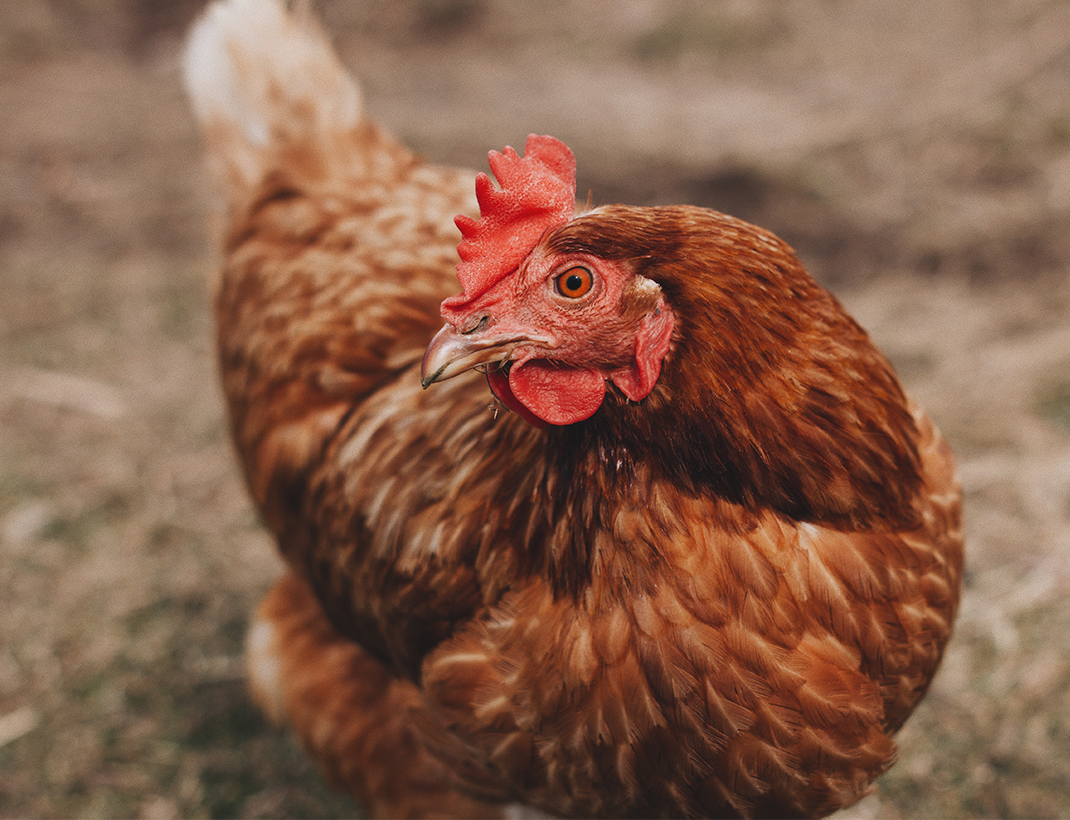