Hall’s Refrigerated Transport is New Zealand’s largest chilled foods transport company. From small beginnings 40 years ago the company today employs around 500 people – operating a fleet of 250 trucks and 15 depots across the country from Auckland to Invercargill.

Retailers and manufacturers alike depend on Hall’s every day to move products as diverse as dairy, packaged meat, poultry, fresh and frozen produce, fish and ice cream ‘on time and at temperature’. The company’s growth has not been without challenges, however, and acquisitions in recent years meant the business units that made up the Hall’s Group were still relying on manual processes – and Electronic Data Interchange (EDI) was hardly being used in the company’s day to day operations.

Data just in time
Recruited in mid-2011 to manage Hall’s IT, CIO Colin Burrow says areas for improvement were apparent. “I noticed early on,” he says, “that we still had data entry people in the business and a very high percentage of jobs were being loaded into our system manually.” In addition to issues around accuracy, Burrow says the manual data entry process also put pressure on the company’s time sensitive activities – something of critical importance in the temperature controlled distribution business.

“If somebody gets a couple of hundred jobs to enter in the morning, it’s going to take them much of the day to get it done – typically close to the cut off time.” This left dispatchers to assign jobs in what was left of the day and at times light on job detail, Burrow explains.

“The quality of information was also of concern. When the data was being entered for each job there often wasn’t a lot of information. It was enough to enter a placeholder so we could see there was a job there but we didn’t have all the different dimensions – things like the number of pallets, weights, cubes – all those sorts of things we needed to address.”

Starting small
Having used Flow previously, Burrow says it was an easy decision to arrange a meeting with Flow’s GM of Sales, Jim Stevens to map out an EDI solution to connect Hall’s with its clients – and beyond.

“Using Flow I knew we could integrate with our customer’s systems,” he says, “but it would also give us the opportunity to do internal application integration when the time came.”

Planning was holistic Burrow says, with Flow being licensed across the entire Hall’s group. Although his previous experience with Flow had convinced Burrow it was the right integration software for Hall’s, he says he still invested considerable time in the planning phase and aimed for the more straightforward deployments first. “We started off with a couple of small projects with Flow as it meant the risks were minimised so when we did have a significant deployment we weren’t doing proof of concept – we knew the technology worked and we could just sign up customers as we needed to.

”Flow’s Stevens says in simple terms Flow’s role in Hall’s IT has been to automate a manual paper process. “So now as soon as an order is sent,” he says, “rather than waiting for it to be printed out and keyed into the system, Flow picks it up and automatically sends it to Hall’s transport management system so the job is processed and in the system straight away.” Burrow says the impact on the business has been significant. “Instead of those 200 jobs finally being input at two in the afternoon, they’re all loaded in five minutes in the morning which means our dispatch people get the information straight away. They have more visibility sooner with Flow.”

Knowledgeable systems
Interestingly, Burrow observes that using Flow is also helping Hall’s maintain its business knowledge base. “With a manual system you have a small number of people who have some key business process rules in their heads and you have to rely on them. The philosophy we’re trying to adopt is that we need to get that information out of people’s heads and embedded in our systems. So where Flow adds a lot of value is that those process rules are built in and if a person leaves or is away for some reason that knowledge isn’t lost with them – it remains embedded in our system.”

In terms of business development, Burrow says Flow assists Hall’s in maintaining a competitive edge. “As customers evolve, being able to engage with other organisations electronically is becoming an entry level requirement — they want to consider alternatives to manual dockets and so on, so with Flow implemented and working in the business now we’re able to go to prospective clients and say we can do EDI right from the very beginning.

For example, one of the customers we’re working with now is on a trial basis and while in the past there may have been some challenges around jobs not always being entered on time, using EDI and Flow that doesn’t happen so the customer is happy because the truck always turns up and we’re likely to earn more business from that.”

Delivered
Describing the implementation as ongoing, Burrow says Flow Software has completely delivered on the faith he placed in the solution. “We’re ramping up initiatives throughout the group,” he says. “The licensing permits us to deploy the technology anywhere in the business and we’re bringing a couple of new clients online in the next couple of weeks using Flow. I’ve had no hesitation about implementing Flow at Hall’s – they’ve been a really good organisational fit with us – not just because it’s good technology but also because they’ve got a great crew of people there. 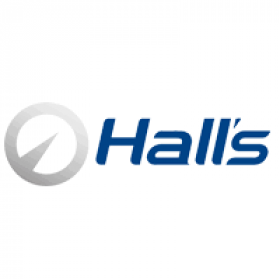 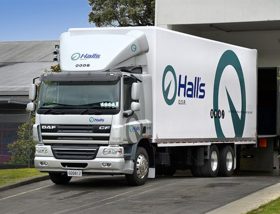 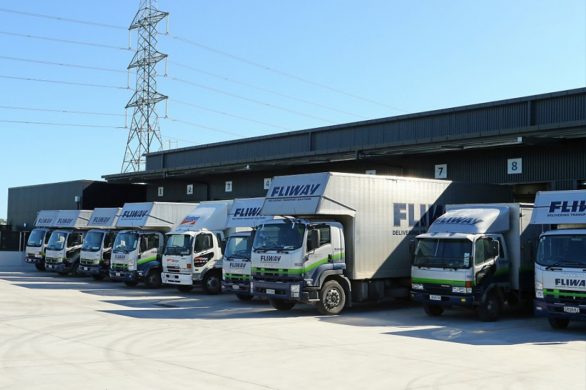 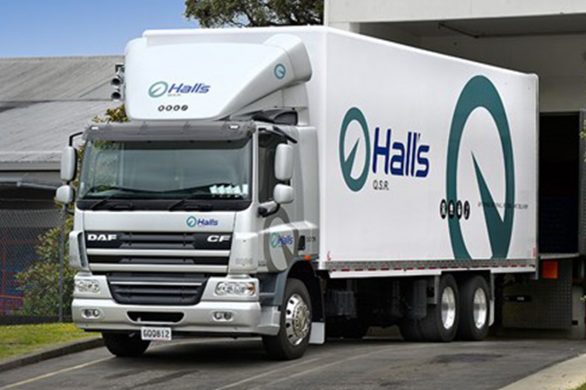 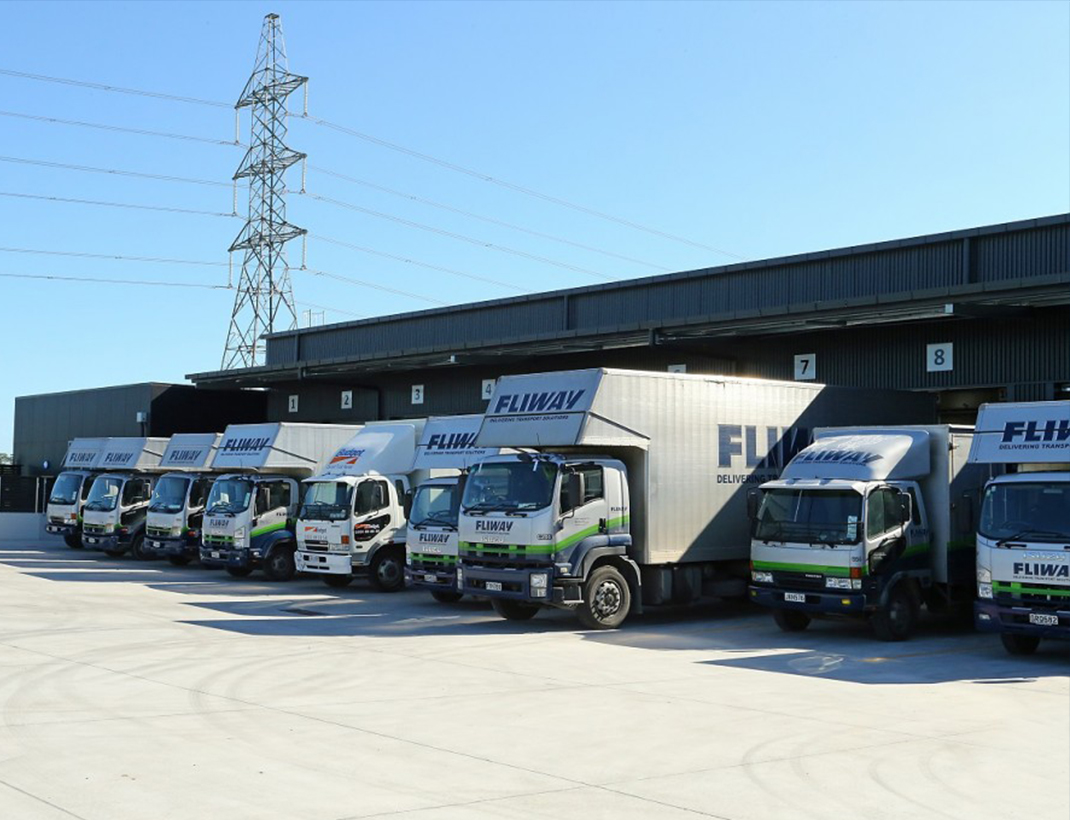 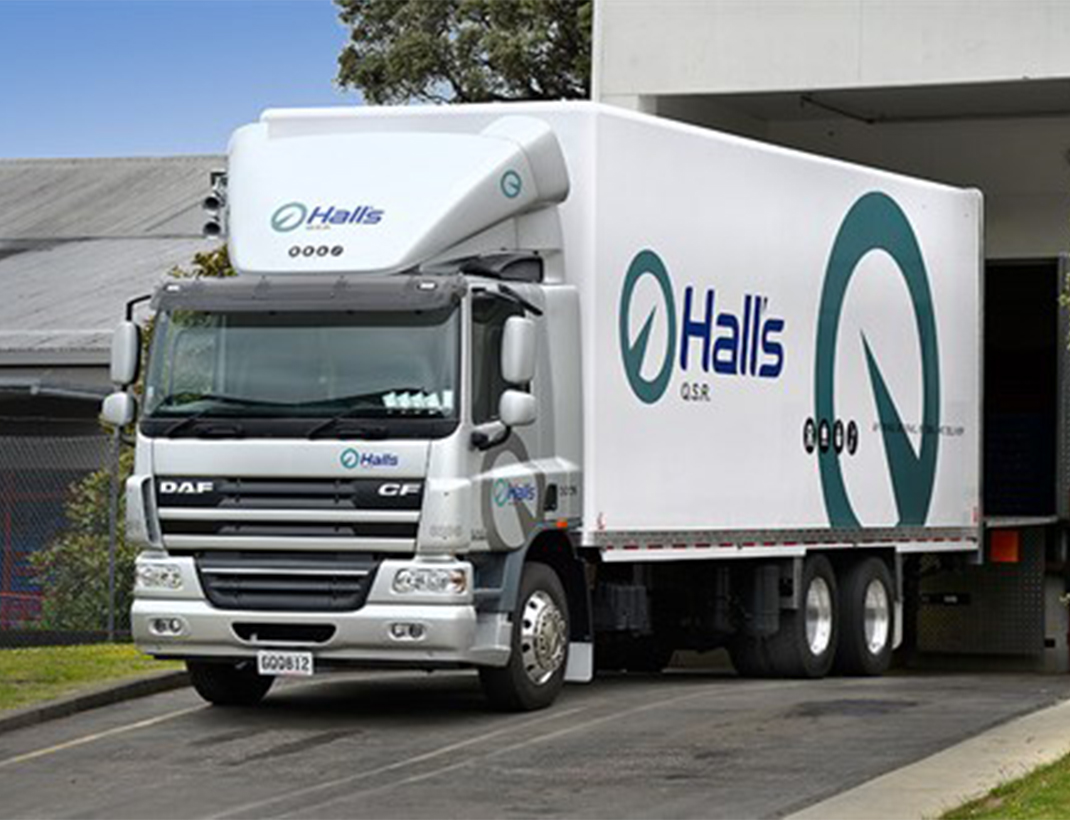